Different stakeholders may take advantage/incentives to use and build new feature and application upon the platform. If they will have found advantages (economical, commercial, in terms of visibility, new personnel, etc.), they would be strongly motivated to invest time and money in contributing to the platform, thus making it alive in the area. In the order of relevant, the following stakeholder should be strongly motivated as discussed in the following.

,  a video on how to create Dashboards

To perform activities at this level and thus to create your Dashboard you need to be registered.

At this Level 1, we suggest to learn how to create your dashboard by exploiting the data that the Snap4City solution on the city is providing to you. To this end, you do not need to have yregistered our sensors, and neither to be capable of programming. You just need to follow the instructions of the Dashboard Wizard to produce your Dashboard and/or to add other Widgets to an already available Dashboard.

To create a new dashboard, clickon the main menu on left --> Dashboards, and from the list of them click to “New Dashboard”, and thus you enter in the wizard in which you can decide to start by using some models that may simplify you dashboard creation. They are ordered according to their complexity. We suggest you to start from the simplest as reported in the following examples.

To add Widgets to a Dashboard by using the Wizard, please open in Edit your dashboard and select the Wizard from the top menu.

The users that created a Dashboard may decide to make them public to all the other users, or to provide access in view to other users. In addition, the user can pass the Ownership of a Dashboard to some other user of the system. This level of user can:

At this level 2, it is possible to create dashboard that directly are connected with IOT devices, for examples, sensors and actuators (i.e., receiving data and acting on devices on the field). You do not need to program to create dashboards. The Dashboards can be created exploiting data as in the lower levels, and in addition by using also private data from IOT Devices of the user and acting on some IOT device, notifications on other Dashboards, etc. 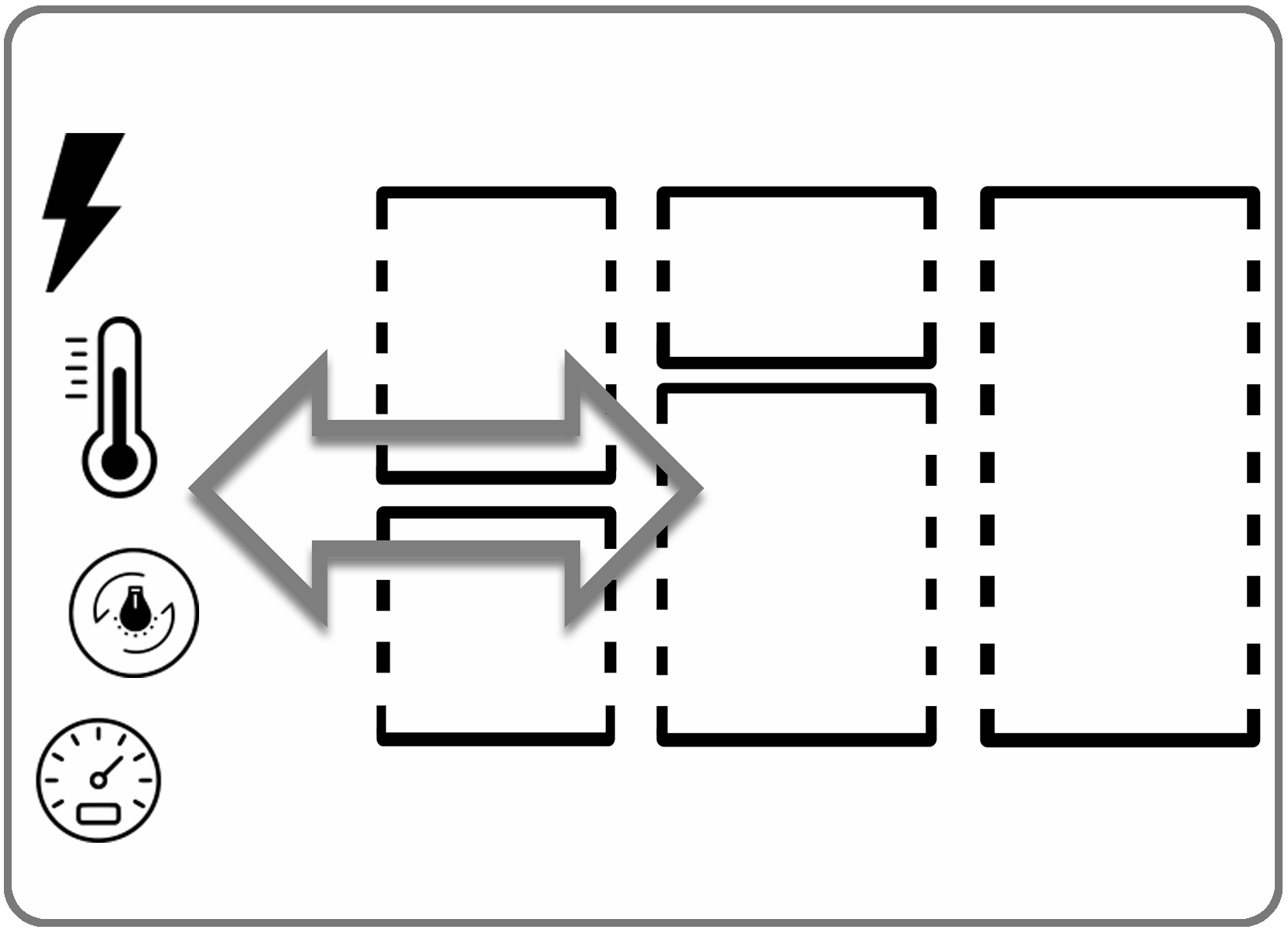 At this level 3, it is possible to register an IOT Device to the system in addition to what has been performed at Level 2. The registration of an IOT Device is performed by starting from Main Menu --> My IOT Devices and selecting “New Device”.

During the IOT device registration, the user has to provide some information, while other information has to be provided by the user at the system. Typically, each IOT device is identified by a name, and has a couple of keys (K1, K2) that allow authenticating to the IOT broker (the IOT data collector). Snap4City is helping the user in making these connections without programming or addressing technical aspects.

The connection is very easy for IOT devices such as SigFOX or others suggested by Snap4City.

The connections from IOT Device to Dashboard are end-2-end encrypted and secure connections with HTTPS/TLS., so that sensors may communicate personal data. The storage of personal data is also GDPR Compliant. See TC 11.* on https://www.snap4city.org/drupal/node/108 for details. The new IOT Devices are created as private devices, while the user may decide to make them public, or to allow other users to access at the single data of the IOT Device.

On the other hand, some user may be interested in producing their own IOT devices. Snap4City is supporting the creation of devices, and then their registration. For example, those produced by using HW platforms such as: Raspberry PI, Arduino, Android, etc.

Once the user has registered a new IOT device, the new IOT Device provides some data to Snap4City (private or public). With the aim of creating a Dashboard, the IOT device sensors, on the Wizard, one has to search for the device by name or in the list of Sensor (High Level Type).

The IOT devices, when they are Sensors, are treated as all sensor data in input, and thus they are listed with Nature as “From IOT Device to KB”. Thus, describing that they are also collected and related from Knowledge base city entities.  And, with SubNature “IOTSensor”.

The IOT devices, when they are Actuators, are treated as actuators in output from Dashboard and input for the IOT Broker, so that they have High Level Type as “Sensor-Actuator”. And thus, they are listed with Nature as “From Dashboard to IOT Device”. They are not only Actuator since the Dashboard sends a Message to the IOT broker, and this value can be read again as a sensor for another Dashboard as well. Allowing the real time communication among Dashboards!!!

At this level 4, the user can define logic behind of the Dashboard, thus creating what is called in Snap4City language IOT Applications.

IOT Applications can be regarded, as in the figure, as logic programming realized by using a visual editor (not programming) and may elaborate data to be presented on Dashboards and viceversa (data coming from Dashboard and communicated to storage and to IOT Devices). The logic formalized in the IOT Application can perform  data analytics, invoke external services, get more data, save data into a personal storage, execute statistics, machine learning, automate data transformation, generate data in bulk toward the publication,  etc. The logic can be executed periodically, even if the user is not connected on the user interface as Dashboard. 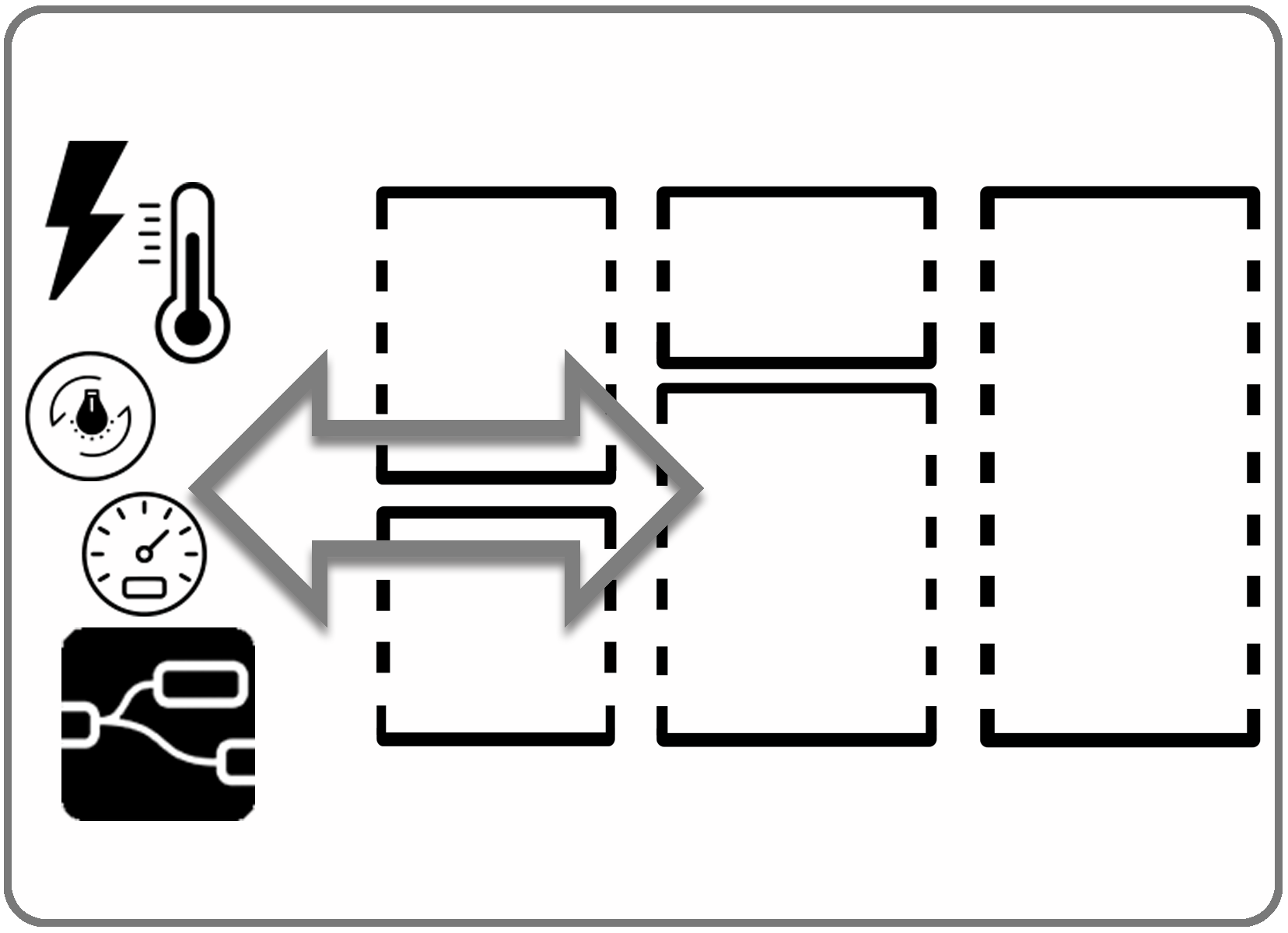 The IOT Applications are created by compositing Blocks and connecting them. Each block has input on left and output on right. The Output of a block can be monitored by using a DEBUG Block, and the IOT Application editor has a view of the DEBUG data on the right panel.  Snap4City has create a large set of MicroServices / Blocks allowing from IOT Applications to access at all the Smart City data and services. The list of MicroServices and the help is provided in the menu Item “Documentation and Articles” as:

On one hand, once the user has created a new IOT Application, it can be connected to an already developed Dashboard or a new Dashboard can be created. Connection or creation can be performed by using the MicroServices/Block for the Dashboard in the IOT Application editor. Put the block on the frame, double click and edit.

On the other hand, the connection to an IOT Application IN/OU channel can be also performed starting from the Dashboard Wizard. On the Wizard, one has to search for the Sensor (High Level Type). The IOT devices are treated as data, and thus they are listed with Nature as “Dashboard-IOT App”, and thus as Nature “From Dashboard to IOT App” and “From IOT App to Dashboard” with evident meaning of bidirectional communication.

All the users can access to the whole documentation and final powerful example, the dashboard with and without IOT devices and IOT App connected, and this is also an incentive to stimulate the exploitation of additional features.