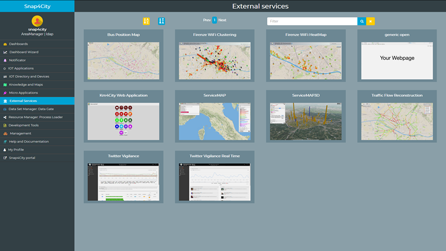 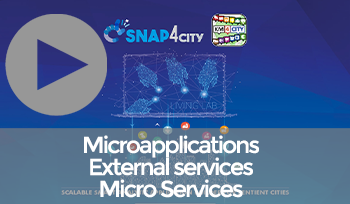 The External Services may be (i) ready to use Web Pages that may be enforced into some dashboard as represented in the above page, (ii) external services accessinble in programmatic manner via some API. In the latter case, the data can be accessed by IOT Applications and ETL processes, and Data Analytics according to their programming capabilities. See how an API can be exploited and may be transformed into an IOT MicroService and published to make it accessible for all.

On the other hand, the External Services which are listed below and represented in the above picture can be added for the system b y requesting to the ToolAdming to register them. So that the following list is just an example of them. The following are those that have been initially accessible External Services, and some of them may request the access via some username and password. For example, they are:

The proposed solution can integrate any External Services and existing applications calling them via REST, WS, FTP, SFTP, HTTP/HTTPS, and other protocols. In particular, the connection to service will be possible and easy thanks to:

This feature is strongly inherited by Km4City that ingest any kind of data in Tuscany.