HOW TO: work on ServiceMap for developers

The ServiceMap is accessible for each Organization and the map is centred in the GPS center position of the Organization. 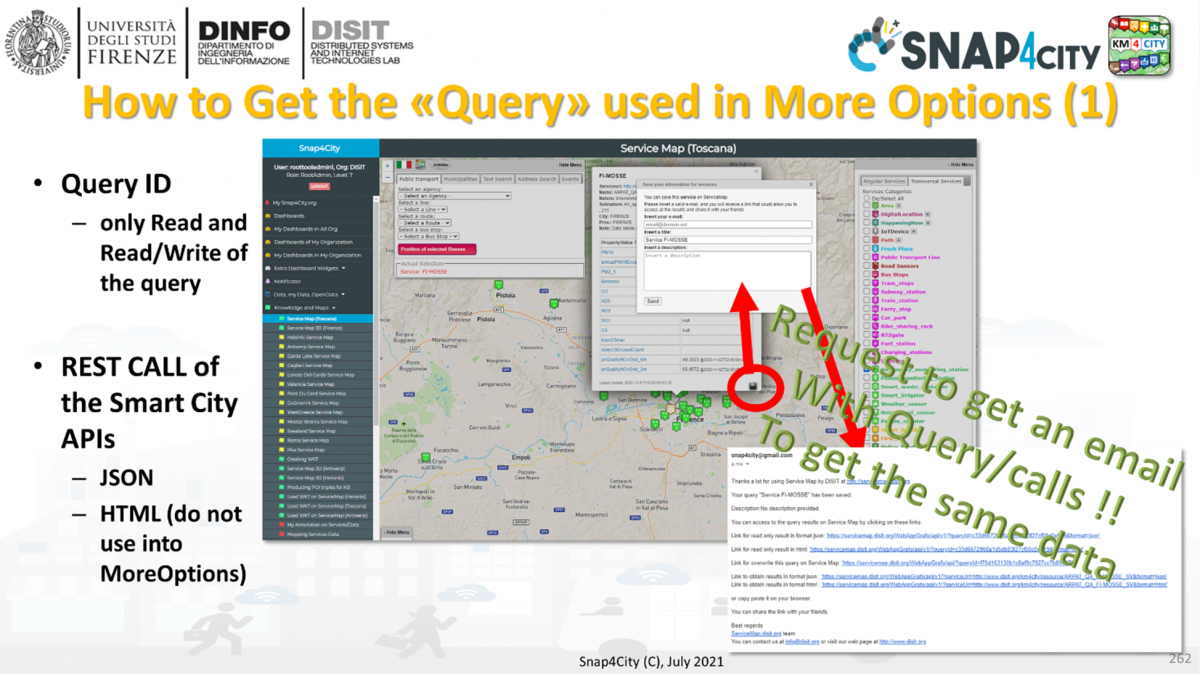 The Servicemap (alias Knowledge Base) can be used to:

Recover a ServiceURI for using on Node-RED, and Dashboard Builder

Please note that the PIN and the data accessible on Servicemap are Public. If you are locking for data which are private you have to use Data Inspector, or Dashboards.

The ServiceURI can be recovered from the pop up of any PIN on map which are present on the ServiceMap once performed a query. The ServiceURI has the following form.

The  ServiceURI is a link that bring you the RDF definition of the City Entity. 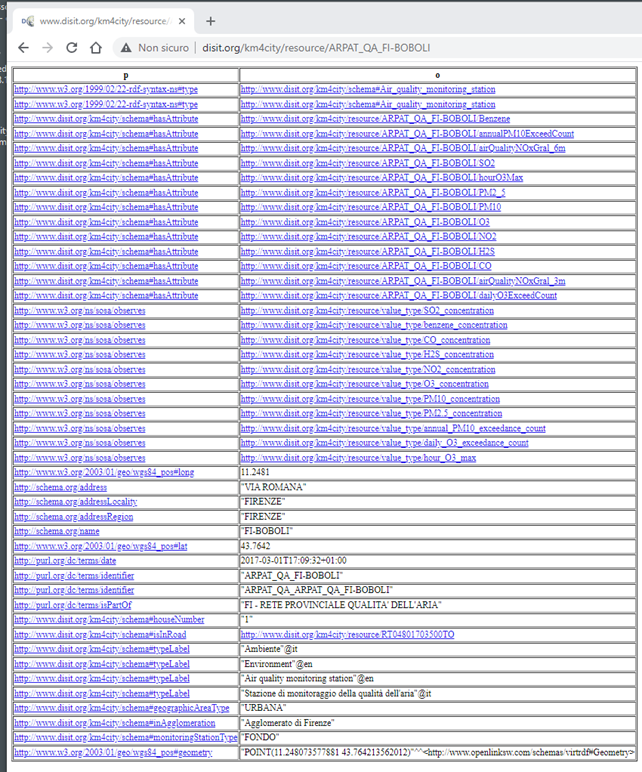 Every time the user performs some query on ServiceMap, the panel on which the query is performed present a small disk and once clicked the system is sending you an email with example of Smart City API Calls

Posing queries on Servicemap on the basis of Shapes 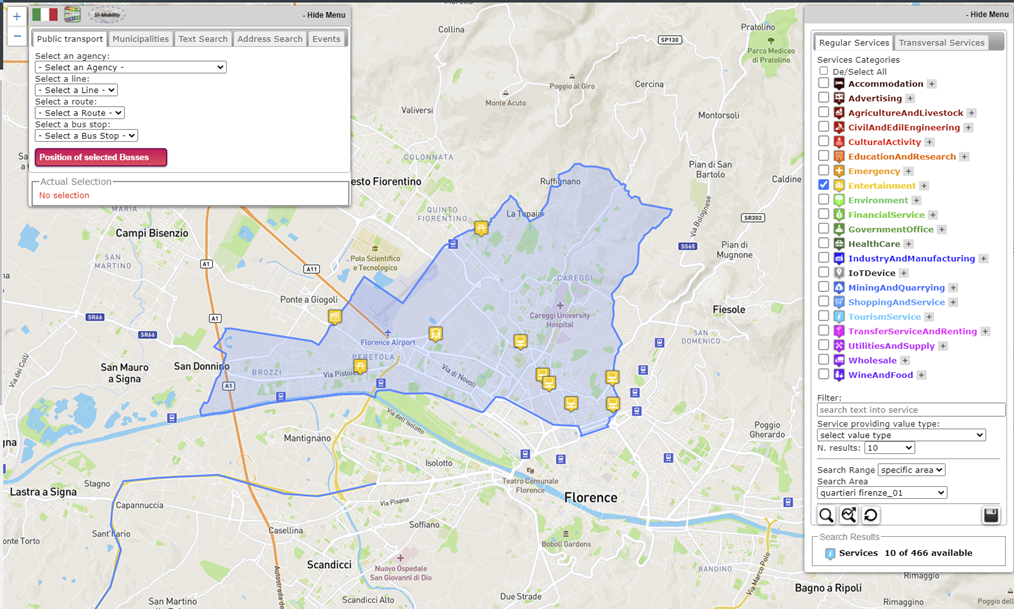 In the above image, the query on ServiceMap has been performed referring to a specific Area, and the  area has been that of Quartiere_Q1 for Florence. The Area has been loaded into the system as WKT shape created as follows. The query is requesting for entertainment POI in the whole specific are identified. 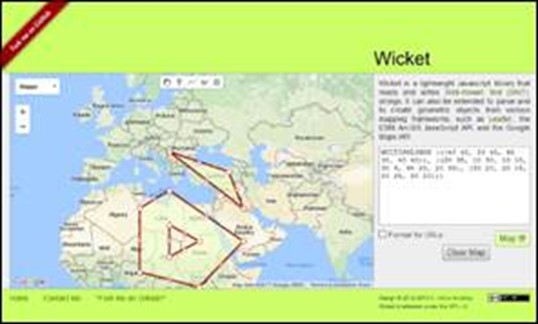 Once the PolyLine (open or closed) is created with WICKET it can be loaded on the Servicemap using the above links. 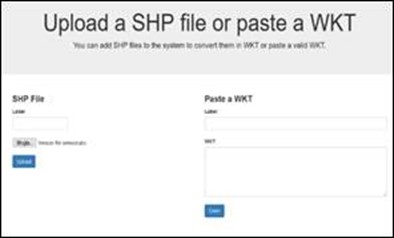