From My Profile the user may access to MyPersonal Statistics and Bounds.

Accessible on the menu as depicted in the figure: https://www.snap4city.org/userstats/user.php

The observed view include the Bounds as described in "User Limits and Consumption of Resources", while the personal statistics have the following meaning:

The user may also click on DETAILS to access at a view of the time trend of these metrics, for example as in figure. 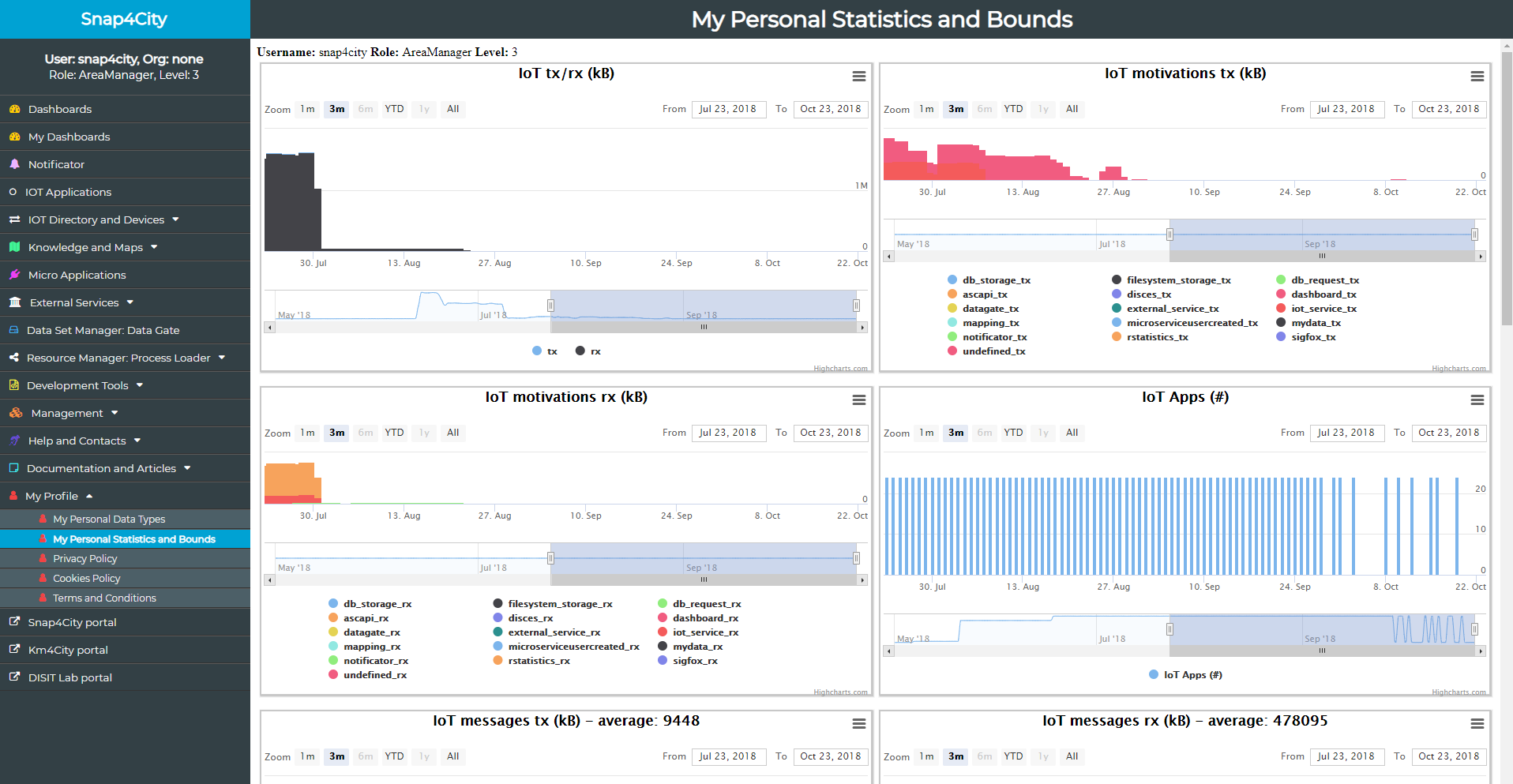 In the detailed view, the single metrics and their trend are ofthen decomposed providing more details, such as: